We’ve spent this afternoon making birthday invitations for my son’s upcoming birthday party.  He decided on Ninjago invitations (for those not up with small boys, that is a type of Lego based on ninjas!) His favourite Ninjago is Kai “the red guy”. 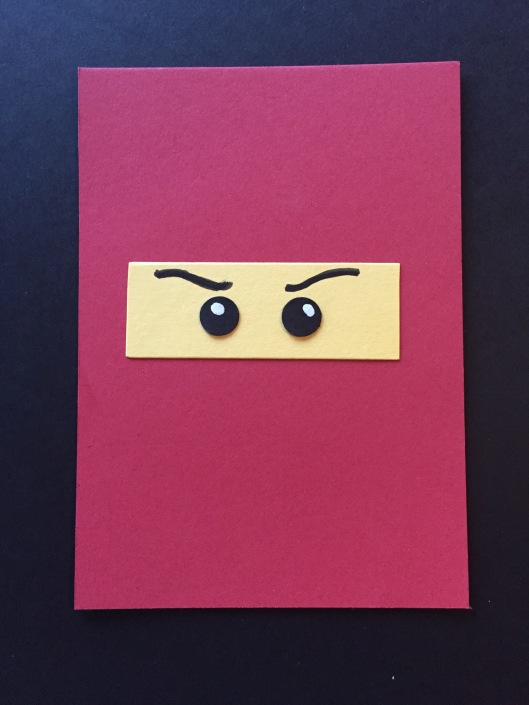 I had a grand vision for how these might look, but then had to tone it down to match the vision of the birthday boy.  Which is after all the point (allegedly!!)

I was planning on using the top note die to get a nice curve on the yellow mask top and bottom, making the eye brows from the branch of the bird punch as the eye brows, and layering black and white circles from the owl punch for the eyes.   However small boy was most insistent that we should draw the eyes and eyebrows ourselves, and it turns out that dropping liquid paper onto the eye balls to make the whites of the eyes is super fun when you’re 5!!

So, here they are in all their glory. Perhaps not as glossy as I’d planned, but made with love by the birthday boy 🙂 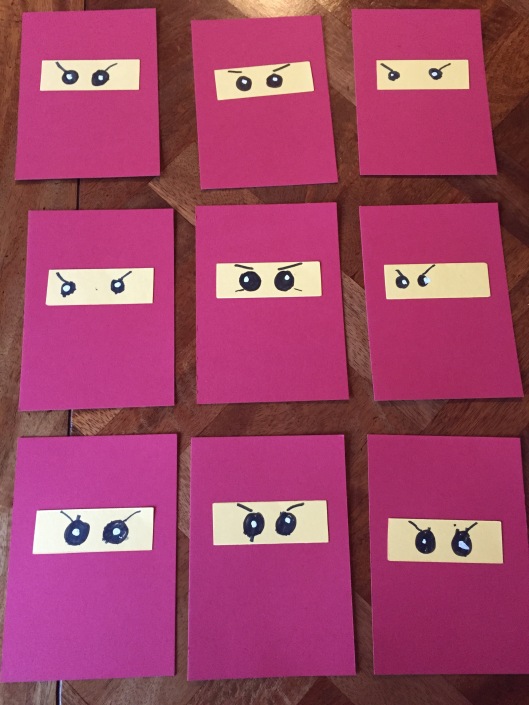 Next challenge: Ninjago cup cakes for the big day.  Red icing anyone? 😉

Btw I cut the yellow strips with one of the labels from chalk talk framelits.   I was very happy with the pretty rounded edges but he decided they should all be chopped off! 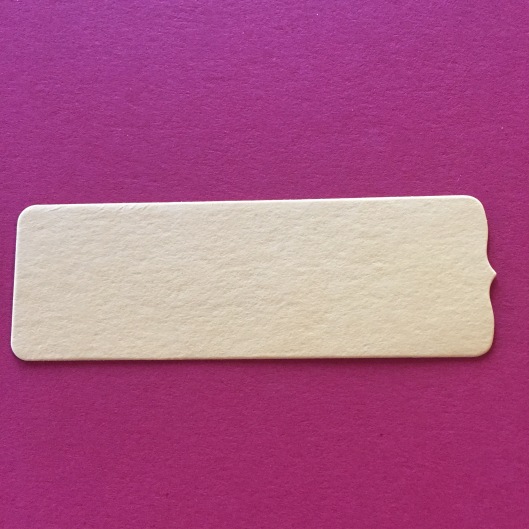